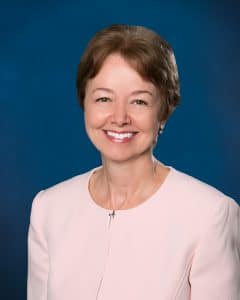 Diane S. Raines, DNP, RN, NEA-BC, has served as Senior Vice President and Chief Nursing Officer for Baptist Health for the past eleven years. Mrs. Raines has served at Baptist Health for more than 35 years in a number of capacities, both nursing and non-nursing: staff nurse, educator, cardiac rehabilitation nurse, Director of Cardiac Services, Director of Business Development, Vice President of Corporate Communications and Senior Vice President of Organizational Effectiveness.

Dr Raines has presented locally, nationally and internationally on leadership and nursing-related topics. Her community involvement includes the United Way of Northeast Florida and the Bridge of Northeast Florida, where she currently serves on the Board of Directors. Diane has completed several mission trips including a medical mission to Haiti, Habitat for Humanity in Costa Rica and a health education mission to Ethiopia.

Honors she has received include the 2010 University of Florida College of Nursing Alumna of the Year, 2014 Florida State University Alumna of the year for Practice and 2015 Nursing Excellence in Leadership, Lambda Rho Chapter, Sigma Theta Tau. Diane and her husband Don have two grown sons.

“Implementation of DNP Task Force Recommendations—How is it Going”

Schools of nursing have made great progress in transitioning to the DNP degree. This presentation by Dr. Karen Kesten from the AACN will evaluate the progress on recommendations from the AACN’s Implementation of the DNP Task Force and the AACN’s APRN Clinical Training Task Force. New updates on the ongoing work of AACN’s newly appointed work group regarding competency-based education for doctoral-prepared APRNs will be included, as the DNP degree impacts and redefines scholarship for academic nursing.

Director of Faculty Initiatives American Association of Colleges of Nursing 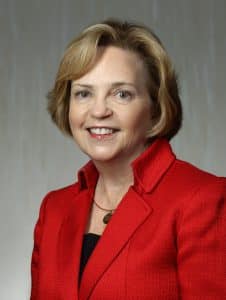 Dr. Kesten  is the Director of Faculty Initiatives at the American Association of Colleges of Nursing and serves as a staff liaison for the work of the APRN Clinical Training Task Force, the AACN Competency-based Education for Doctoral  Prepared APRN Work Group, the Implementation of the DNP Task Force and the Task Force on Defining the Scholarship of Academic Nursing. She designs and implements innovative and engaging learning experiences for members of AACN to include faculty development conferences, webinars, tool kits, community collaboration and leadership development programs. Dr. Karen Kesten received her Bachelors of Science degree in Nursing from Emory University, her Masters of Science degree in Nursing from the Catholic University of America, and her Doctor of Nursing Practice degree from the University of Maryland.    Dr. Kesten is a licensed Advanced Practice Registered Nurse, a certified Acute and Critical Care Clinical Nurse Specialist, and a Certified Nurse Educator. Dr. Kesten currently serves as Chair on the Board of Directors for the Certification Corporation for the American Association of Critical Care Nurses. Dr. Kesten is an Associate Professor at Georgetown University and was the Program Director for the Adult Gerontology Acute Care Nurse Practitioner and Clinical Nurse Specialist program. She played a critical role in the design, development and launch of the graduate APRN distance learning programs and DNP program at Georgetown University.  Dr. Kesten’s research interests are in innovative teaching strategies, simulation, competency-based education and advanced nursing practice.

Nursing Organization Collaboration with DNP Prepared Nurses: How to Move the Profession Forward and Assist DNPs With Advocacy

This armchair discussion will include a panel of distinguished organizational representatives from AACN, STTI, AONE and AANP. Moderated by Linda Roussel, PhD, RN, NEA-BC, CNL, FAAN, the discussion will center around the theme of nursing organization collaboration with DNP prepared nurses. The panel participants will include exemplars from the field on how to move the profession forward through true partnerships that illustrate how DNPs can transform healthcare through leadership and change management.

The DNP: Leading Innovation in a Technology Rich Environment

The healthcare industry is being both supported and shaped but the infusion of an array of technology influencing the intersections of care.  In order to achieve the goals of better quality, safety, and outcomes through technology, visionary leadership is needed.  The DNP is poised to be that leader in today’s technology rich environments.  This presentation will explore the potential of the DNP in leading this evolution in care. 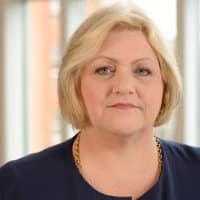 Dr. Marisa L. Wilson is a board certified informatician with an interest in health information technology policy, implementation, and positive patient outcome and clinical efficiency supported by technology. She spent over 15 years as a nurse clinician working in acute physical rehabilitation, medical-surgical, and telemetry units. In addition, Dr. Wilson spent over 25 years as an analyst, project leader and manager implementing information systems in public health and acute care with settings.

Meeting the complex needs of our patients goes beyond the boundary of Nursing. It requires teamwork and collaboration with other professions and, as a precursor, requires interprofessional education (IPE). Simulation has become the preferred medium for IPE. Interprofessional education requires brave examination of professional boundaries and in the process, skillfully blurring boundaries and creating new boundaries. Due to the size and nature of our profession, nursing is in many ways the most powerful and most capable of creating organizational change. Nurse Educators are often the designee of such simulation-enhanced IPE activities, challenged to facilitate the learning of a myriad of professions simultaneously. Such boundary-spanning responsibilities seem daunting.

This talk aims to:
1) Discuss the importance of IPE and how simulation is a vehicle for achieving quality IPE,

2) Highlight the role of Nurse Educators as IPE leaders contributing to a new field, and

Director of Educational Innovation and Development Center for Medical Simulation

Dr. Palaganas received her Bachelor’s of Science in Nursing, as well as two Masters degrees as an Adult Nurse Practitioner and Geriatric Nurse Practitioner; one Masters certificate in Home Health Management from the University of Pennsylvania, and her PhD in Nursing at Loma Linda University exploring healthcare simulation as a platform for interprofessional education.  Dr. Palaganas has held faculty positions in schools of medicine, nursing, business administration, and emergency medicine.  She has extensive Emergency Department clinical experience at multiple facilities ranging from level I trauma centers, community hospitals, and fast tracks as an Emergency Nurse, Fast Track Nurse Practitioner, Educator Specialist, and Trauma Nurse Practitioner. Dr. Palaganas also has management experience from the roles of Director of Emergency and Critical Care Services, Legal Nurse Consultant, Hospital House Supervisor, Simulation Center Chief Operations Officer, and Simulation Director of Research and Development.  Dr. Palaganas has also served on the Board of Examiners for the Malcolm Baldrige National Quality Award under the National Institute of Standards and Technology.

Dr. Palaganas is currently Principal Faculty for the Center for Medical Simulation (Massachusetts General Hospital and Harvard Medical School), Assistant Director of the Institute for Medical Simulation (Massachusetts General Hospital, Harvard Medical School, Massachusetts Institute of Technology, and Josiah Macy, Jr. Foundation) in Boston, Massachusetts.  She has presented at conferences regarding projects in simulation and interprofessional education.  She has been an invited keynote speaker to discuss interprofessional education, simulation, patient safety, and accreditation. Dr. Palaganas was the implementing Director of Accreditation and Certification for the Society for Simulation in Healthcare (SSH) and continues as a member of the Board of Review for the Council for Accreditation of Healthcare Programs.  Amongst other leadership roles, she is the lead editor for the SSH textbook, “Defining Excellence in Simulation Programs” due to be released in March 2014, is a member of the Certification Committee, Technology & Standards Committee, Lexicography Committee, and Chair of the Interprofessional Education Affinity Group in the Society for Simulation in Healthcare, as well as an author for the NLN study for high-stakes assessment using simulation for nursing students.

Health care systems are facing significant change and need innovative programs to meet future needs. This is the story of one organization’s journey to utilize an academic practice partnership to address core issues and create a platform for transformation. 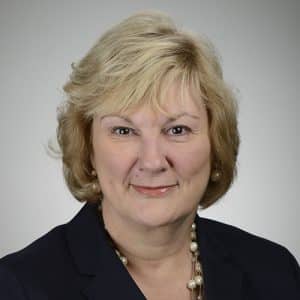 Williams’ professional background includes 15 years as vice president and senior nurse executive for Baptist Health in Jacksonville, Fla. A native of Virginia, she began her career in the pediatric intensive care unit of Children’s Hospital of the King’s Daughters in Norfolk, and later held several nursing management positions, culminating in the nurse administrator role at HCA Henrico Doctors’ Hospital in Richmond before joining Norton Healthcare.

Williams has been recognized as a Business First Partner in Health Care from 2007 through 2012. In 2011, Williams received HCPro’s prestigious Nursing Image Award for her action-oriented leadership in implementing a culture centered on patients and their families. The Florida Nurses Association named Williams one of District II’s 100 best nurses in 2000 and District II Nurse Administrator of the Year in 1996. She is a frequent national speaker on nursing, health care, innovation and leadership topics. She is active in many professional organizations, including the American Organization of Nurse Executives, American College of Healthcare Executives, National League for Nursing and Sigma Theta Tau nursing honor society. A 1994 graduate of Leadership Louisville, Williams currently serves on the boards of the Fund for the Arts, the Kids Center and SOAR.

Strange and Extravagant! Thoughts About the Unique Opportunities Every Doctor of Nurse Practice Has to Transform Health Care Through Collaboration, Empowerment, and Growth From Adversity

The DNP creates leadership opportunities to collaborate with others to transform adversity into growth and do it with pluck, grace, and wisdom! This engaging presentation focuses on nursing resilience and how nurses use adversity as the grist for positive transformational growth. Learn more about methods to utilize collaboration to maximize nursing productivity to deal with the more vexing challenges in the nursing profession that prevent people from being great!

Founder/President of Wisdom Out 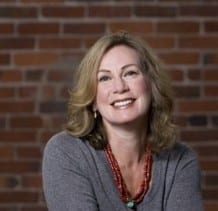 Elle Allison-Napolitano is founder of Wisdom Out, a professional development company specializing in leadership and organizational learning and a hub for research and information about the nature of wisdom in individuals, couples, leaders, and organizations.

Originally educated and employed as a teacher, principal, and assistant superintendent, Elle started her professional development and consulting business in 2000. Elle founded Wisdom Out in 2006, just as she was completing her PhD. in Organizational Learning from the University of New Mexico. Inspired by a single line in a textbook that said, “Wisdom is the pinnacle of adult learning,” Elle began researching the nature of wisdom and it’s role in learning organizations.

Building on her original wisdom studies, Elle’s research and fieldwork has led to discoveries about how to leverage organizational practices, processes and structures for sustainable change, leadership and organizational resilience and the development of transformational leadership.

Dr. Allison-Napolitano has worked with clients in education, health care, business, nonprofit organizations, and government agencies. Elle is a member of the National Speakers Association and is a graduate of National Staff Development Academy. She reaches a diverse audience by delivering engaging and informative keynote addresses and seminars on leadership and organizational development, leadership coaching, and wisdom.